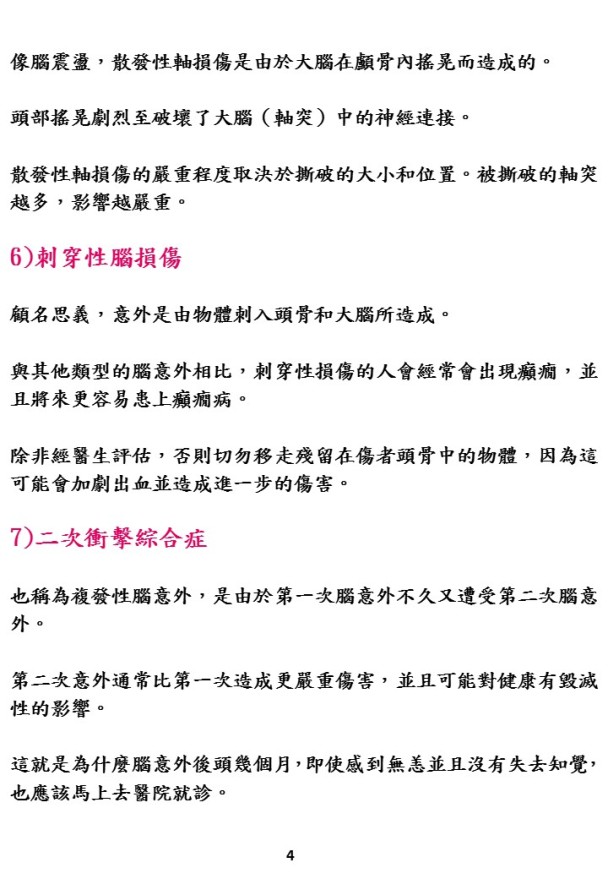 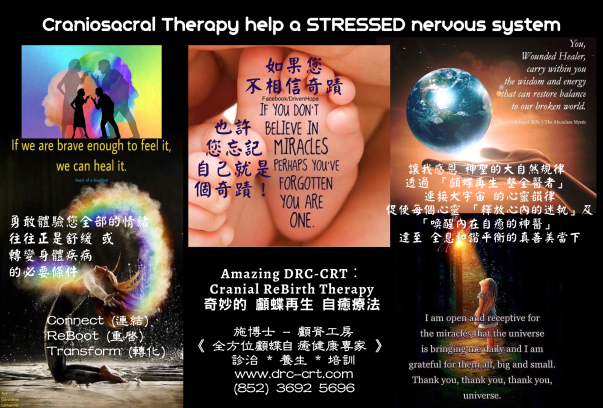 WHAT ARE THE 7 MAIN TYPES OF TRAUMATIC BRAIN INJURY?

Not all TBIs are created equal. In fact, there are several types of traumatic brain injury, some worse than others.

Some types of TBI only affect a specific area of the brain, while some can damage several at once.

Your type of injury will help determine what your traumatic brain injury treatment plan might entail.

In this article, we look at some of the most common types of TBIs so you can get a good sense of what your recovery approach should be.

There are two major categories of traumatic brain injuries: focal and diffuse injuries.

Focal injuries affect only one area of the brain, where diffuse injuries are more widespread.

We will look at some examples of both diffuse and focal brain injuries below.

Concussions are the most common type of traumatic brain injury.

When a strong force strikes your, your brain moves in the direction of the force until it hits your skull, causing damage.

Basically, a concussion shakes up your brain.

While many people previously thought concussions were only minor inconveniences, doctors now take them seriously.

Concussion symptoms can range from mild to severe, and in some cases can cause life-long damage.

If concussion symptoms persist for longer than a month, then you most likely have developed post-concussion syndrome.

Luckily, there are ways to manage this with certain post-concussion syndrome treatments.

People who sustain multiple, frequent concussions can develop a condition known as chronic traumatic encephalopathy, which can permanently change a person’s mood, behavior, and brain function.

These often accompany concussions. A contusion is essentially just a bruise on the brain, which means it is a mild form of bleeding.

If a contusion does not heal on its own, it can turn into a hematoma, doctors will remove through surgery.

The damage a contusion causes depends on its size, location, and how long it lasts.

Hematomas are more severe bleeds on the brain, and can lead to serious injury and even death if left untreated.

There are several different types of hematomas, including:

Sometimes hematomas do not develop until several days or weeks after a head injuries. If you start experiencing any of these symptoms, you should go to a hospital immediately:

These types of injuries happen when a person collides with a forceful blow on one side of their head that causes their head to slam to the opposite side.

As a result, there is damage on the impact site and on the complete opposite side of the brain as well.

The symptoms of a coup-contracoup injury are usually very severe, and survivors will need lots of support from their friends and family to recover.

Like concussions, diffuse axonal injuries result from the brain shaking inside the skull.

Except with these injuries, the head is shaken so violently that the neural connections in the brain (axons) are actually torn.

The severity of symptoms in a diffuse axonal injury depends on how large the tears are and where they are located. The more axons that were torn, the more serious the effects will be.

As the name implies, these injuries occur when an object penetrates the skull and brain.

People with penetrating head wounds often experience seizures and are more likely to develop epilepsy after TBI than people with other types of brain injuries.

Never remove an object lodged in someone’s skull until they have been assessed by a doctor, as that could worsen the bleeding and cause further damage.

Also called a recurrent traumatic brain injury, this happens when you suffer a second brain injury shortly after your first one.

The second injury usually causes more severe damage than the first one and can have devastating effects on a person’s health.

That’s why you should always go straight to the hospital if you experience a blow to the head in the first few months after a brain injury, even if you feel fine and did not lose consciousness.

While there are many different types of brain injuries that a person can experience, they all have one thing in common:

You can treat all these types of brain injuries!

In fact, there are many traumatic brain injury treatments available that can help reverse the side effects of your injury.

That’s why, no matter what type of traumatic brain injury you have, it is always possible to find hope and healing again.